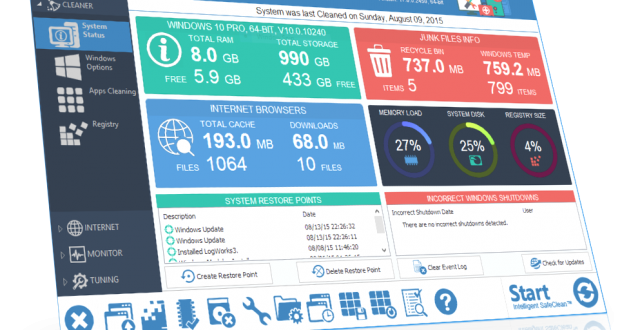 WinSysClean X7 has been released

This new version has been completely rewritten and has many new features and changes including full compatibility with Windows 10. This is the biggest update since the first release of WinSysClean with over 2400 builds to ensure a bug free application, 3 times more than any other version. Below you can find the list with all changes from this version.

Previous: How to Type the Copyright © Symbol on a PC Keyboard
Next: How to Remove raptr_ep64.exe Mallware Process from Windows

WinSysClean X9 19.0 has been released 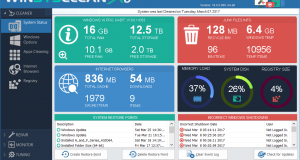 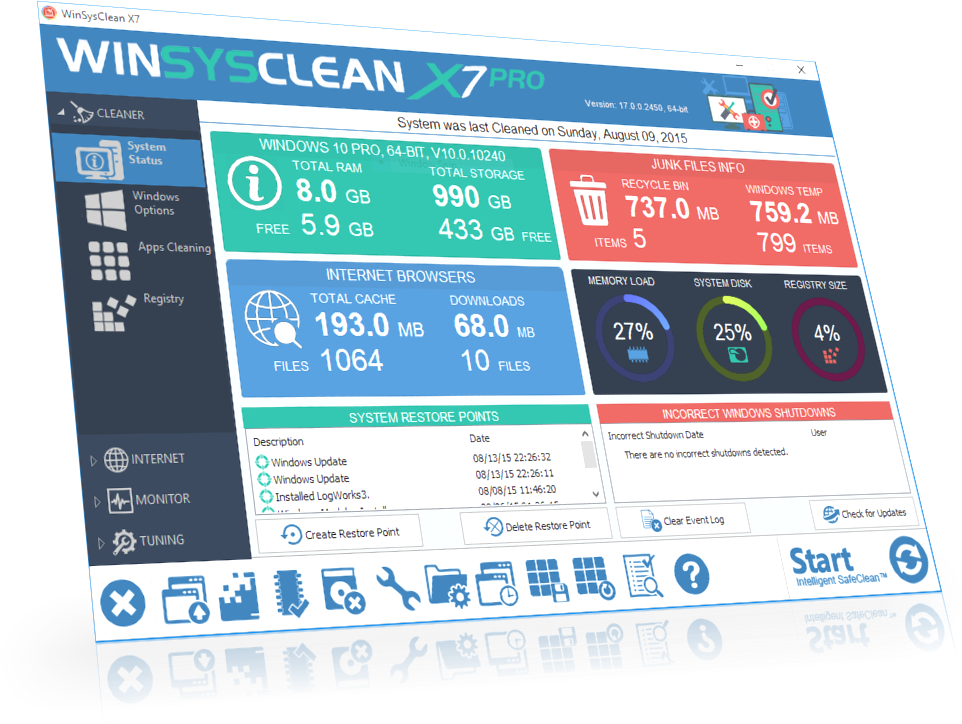 WinSysClean X7 v17.20 has been released!