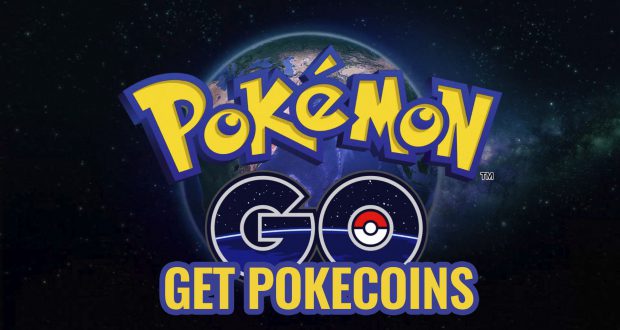 How to Get Pokemon GO Pokecoins

Pokemon GO is a free game, but it includes micro transactions with Pokecoins.

Here is how to get Pokecoins without paying a dime:

In the game you have gold coins which are called Pokecoins, which you can use to buy inventories like: Pokeballs, Potions or Lives, and the player can choose how much he wants to spend from $1 to $100 on these Pokecoins. But some people want to play without openning their wallet, so we have created this tutorial on how to get free Pokecoins.

Take Over a Gym

For a constant daily influx of Pokecoins the fans and his team must take control of the Gym controlled by the enemies. In order to do this you have to fight the trainers stationed at the Gym which varies by the prestige of the Gym, the more prestige has the Gym the more trainers you have to beat. Of course, players could always take in a gym by themselves, but the idea here is longevity and fans want to own a gym as long as possible, so to work together as a team is essential.

Once a team has taken a gym, it is important to station a Pokemon there, in order to defend against attack from other players. After the Pokemon is leaving the gym your job over. Every gym protected by your Pokemon players daily will win “bonus defender,” which amounts to 10 Pokecoins approximately every 21 hours. For more ambitious trainers there, fans can protect up to 10 gyms at the same time, which will get you up to 100 Pokecoins every day.

Because of the 21 hours of waiting for these Pokecoins you should explore for more time each gym, that’s why the team work is very important. Because of the huge popularity of Pokemon GO you should expect very high resistance from the other players which could result in many failures. Before you can get daily influx of Pokecoins you need to do a good teamwork because lots of other players will try to take over the gyms you defend or fight for.